I woke up really tired since me and Julie stayed up so late. The power was still out so Julie sets her little flashlights on the counter for a nightlight for me since I dont like the dark. Usually, we keep the bathroom light on with the door open a crack for the nightlight.

Anyway, I slept as long as I could getting 4 hours of sleep. We have team coffee fellowship every morning at 6am in our room so I slowly wake up since I’m not a morning person. I finally awoke and Julie delivered me my cup of coffee!

We had a Nigerian version of grits or oatmeal. They have brown sugar and milk to put on top which makes it so good. I tried to post the blog since the internet went out, but it was used up. The internet needed more added to it. Because of this, I wasnt able to post this until now (this is from Monday).

We headed out and squished in Victor’s SUV. I felt bad for the people sitting next to me because I still had ripe sweat on me from volleyball the day before. I couldn’t take a shower since the power has been in and out so much lately.

While traveling to the Gyro Orphanage, we bounced like crazy and balenced basically on 2 wheels as the car leaned on some of the ruts in the road. We made it and piled out. On our way to the opening gathering, I seen two ADORABLE dogs! The were puppies with tiny muzzles and large, flappy ears! I fell in love! They are shy because the kids slap and kick them so I’m teaching the kids to be nice. While I was petting them, a little girl came and we were petting the dog together. 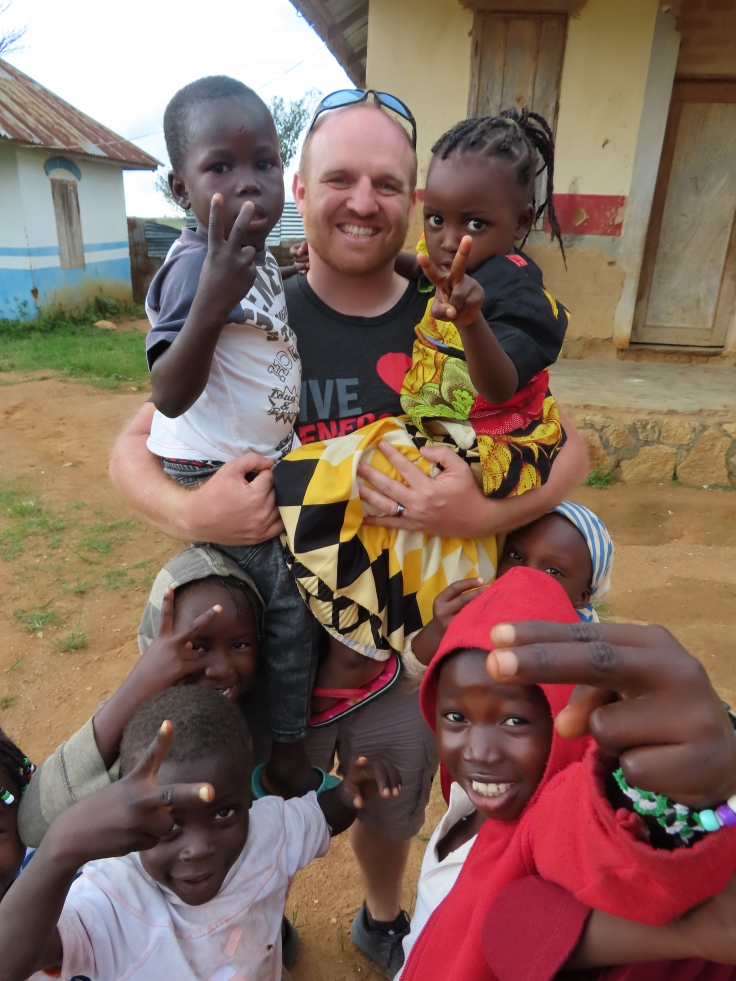 After a bit, we joined the rest in singing. I dance with the kids and afterwards, Julie and I headed to the classroom to start teaching the Bible story. The story was Jesus feeding the 5,000. She did so well at her motions and telling the story! It is so hard talking with an interpreter, but she does great!

I helped her by going on my knees with cut outs of 2 fish and 5 loaves of bread. I would count them out and then give them to Julie. The kids thought it was hilarious when I got on my knees lol 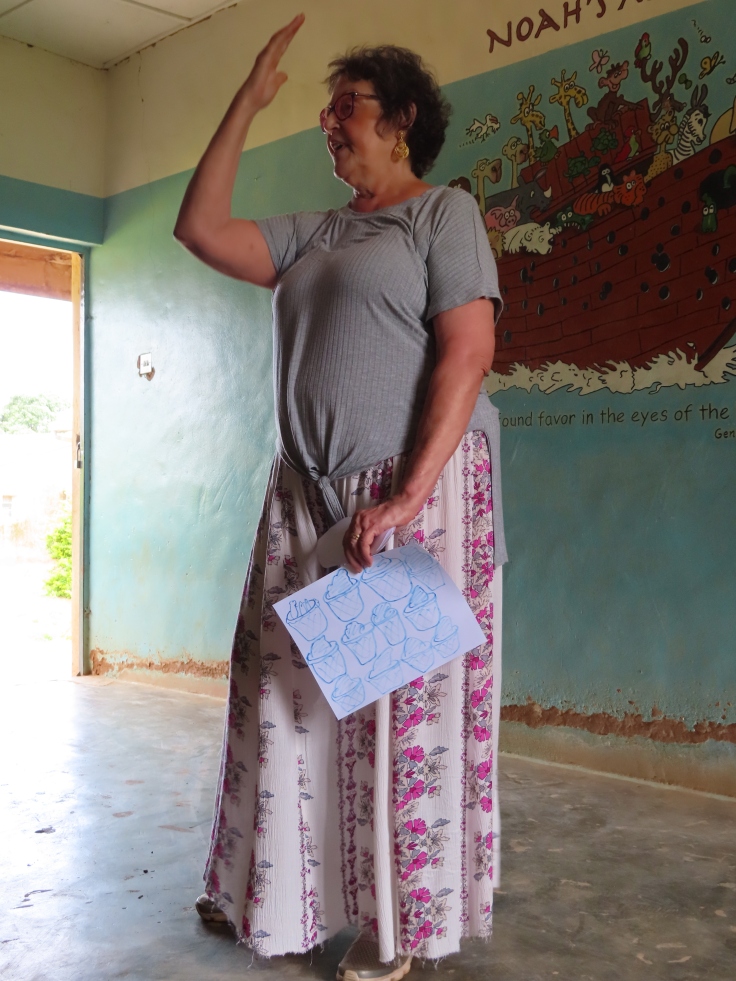 The kids LOVE to color so after telling the story, they got to color a coloring page of a little boy and his lunch. We would go around telling them how good they were doing. They love showing us their crafts and coloring pages. They cant get enough praise!

Julie and I taught and helped 3 groups rotate in. It’s crazy how the kids love the most simplest activities! I would get overjoyed as I went around complementing their work.

The ladies from North Carolina, Barb and Heidi, led the kids in a song, we prayed, and dismissed the kids so we could get to our second site for VBS. We ventured down the destroyed road to the IDP (internally displaced people) facility, where refugees, orphans, and widows.

Usually, we start in as a big group outside, but it was raining too bad so we split into 3 groups. Julie and I first told our bible story to the woman before they got into the trauma healing session. They loved the story and laughed. Since these women have had tough backgrounds, some of them were hearing the story for the first time! We shared the story 2 more times with the kids.

It was a long day working with the kids, but a fun one. We were all tired from the day, so we went to bed pretty early for the first time in awhile. Right before bed, I made sure to upload a blog post since the internet was working.