Last night me and Julie were up till 1am laughing until we cried talking about some of our experiences! She started reading yesterdays blog that I wrote and randomly started laughing historically!With that said, I’m really tired writing tonight but I know you all enjoy the updates so I’m pushing through! I love sharing these experiences with you because without all your help and prayers, I wouldn’t be here. The internet is slow but I’m glad we have it so I can keep you all posted on our adventures!

Our team always wake up 2 hours before breakfast to hang out in our room making pour over coffee and hanging out. This morning was no different and we ate biskets and oatmeal once breakfast was ready.Victor drove us to meet John, who helps with ministry here in the “drug jungles”. We all piled into his office where we found Enoch, who Pastor Marc counciled in the “drug jungle” just the day before. Boy, did he have a story to tell us!Pastor Marc and Josh, who is the major one involved in the drug jungle ministry, walked in the urban setting and met 4 guys smoking drugs around a fire. They talked and invited them to all come later on to the addiction counseling session Marc was leading.Three out of the four of them came to the session which was amazing to see them come! Just one hour after the session, after Marc and Josh left, there was a shooting and the one guy who didn’t come to the session was shot in the arm. The other 3 guys were like I’m never missing a session again because if it wasnt for that session, they would have still been in the dangerous area and could have been shot or killed. That deeply moved Enoch, who was in the session that afternoon, and he shared this story with John. After hearing that, we were amazed! Not only were those guys impacted, but God was keeping Pastor Marc, Josh, Enoch, and the other addicted men safe! You’re prayers are being heard!John showed us around the offices and introduced us to the admins that made the ministry work, including an American woman named Melissa, who took us to the brostles. She was so good at sharing the background of the ministry that is going on within those brostles!The first brostle we walked to was a hidden building with dogs in cages and monkeys outside of it. We walked into the dark, musty room that had couches with men sitting around. There was a hallway to the right where the woman lived but we all sat down right outside with the woman ap were there. Some woman were still sleeping from the night before but most of them who were there at the time joined us.

I’ll never forget Jessica! She had the most beautiful smiles, bubbly, happy personality, and friendly, giving us hig after hug. She found Jesus but was still living this lifestyle. There was another woman named Juliet who was shy at first but then opened up around us (it must have been a little intimidating with all 4 of us Americans). The “Madem” was even there and joined us. She was an older woman who was diabetic with an infected ankle. She was offered help but refuses to have it looked at. Melissa was hopeful that this sore will bring just to Jesus one day.

Once the woman came, we introduced ourselves to the woman, where we were from, and any encouraging, uplifting words we wanted say. Once it got to me, God put words in my mouth.These woman are offered a way out by Melissa every time she visits them but they are too scared to take that step out, leaving there lifestyle. Most of them are not accepted back into their families because of the prostitution business they were in. They dont feel like they have a talent or “trade” to support themselves and this is their only option. If they want out, Melissa gives them opportunities to learn a trade, given food and clean water, even housing until there is reconciliation with their families and they can move back. (John works with the parents and the rescued daughter until the family accepts her back)Knowing this background, I shared with them that it was my first time to ever go to Africa and I was scared. I thought there would be big spiders and I didn’t know what the people would be like but I knew God wanted me to come so I took that step and came anyway. The travel was long and hard, but once I got here, God has been giving me so many opportunities! I told them that they were worth the long trip, they were pretty, valuable, and loved by God. Then shared that it may be scary to leave your lifestyle here, but God will be right there making you strong. It isn’t easy, but its worth it. They have a way out through Melissa and the ministry she is doing.As I was sharing, Sarah came in sho wanted out, but wasnt taking the steps to actually leave when Melissa basically put the golden ticket in her lap to leave. Melissa was sitting next to me and told me that’s exactly what Sarah needed to hear and was said at the perfect time! Sarah couldn’t speak English so the interpreter told her what I said.Jessica was also sitting by me and while the others were introducing themselves, she was taking it all in. I put my hand on her shoulder and told her she could do it.

After the session she took her phone out and took selfies with me and invited me to be he friend on Facebook. We bonded because we were both 27 years old too! I really hope she makes the decision to leave. I want to message her over Facebook and check on her. I feel like we would be best friends if she lived back home since we have very similar personalities.

We said our goodbyes and walked out to head over to the second brothel not to far away. The most friendly dog was in a cage with a scar under his neck from someone slitting his throat and surviving. I wanted to take him home so bad! He licked my hand and was so precious.Anyway, we made it to the second brothel which they closed down a few months because all the girls there decided to follow Jesus and leave. The manager found 6 other girls now but still invites us in.There was a smelly sewer drain we walked over and heading behind a shop selling goat heads. There was a rusty tin shack with a door leading into a lounge during the day and bar/brothel at night.We piled in and sat on the couches. The girls slowly appeared walking down the hallway from their rooms they rent for $4 a day. Four girls joined us by the names of Blessing, Endurance, Sarah, and Happiness. Happiness looked like she was only 16 years old or so. Endurance had her fake eyelashes on looking fabulous. Blessing had a gorgeous smile with a head wrap, and Sarah was shy with pretty hair.Melissa called them by name and asked them if they seen one of the other girls there because she was last seen leaving with a “John” and hasnt returned in days, leaving all her belongings behind. She was worried for the girl because she hasnt been able to get a hold of her. The girls havent seen her so she told them to try and reach her if they could. She told them this is a reality of thos business and was concerned for their safety and offered them a way out if they wanted.We shared introductions again and then offered words of encouragement to the girls. Julie almost made all of us cry as she shared with the girls her story and how to be saved. At the end, Happiness said she wanted to change. Blessing shared that she lost both her parents and came to Jos, Nigeria to be with a friend, who abandoned her. She had no one and felt like she has no other choice. We prayed for the girls and just when we were about to leave, something happened.Another one of the girls came in yelling. She was drunk and came in with peanuts or “brown nuts” as they call them here. She threw them on the table and kept making noise, throwing herself to the ground. The other girls laughed at her. Melissa told us it was time to leave. It was an experience.It was so great meeting those girls. I’ve never experienced anything like that before. I didnt even know what a brothel was before yesterday lolWe organized our VBS crafts and ate lunch in the car on our way to the IDP (Internally Displaced People) facility in the rocky hills of Jos. There we met the director and were shown around. Most of the children there are from the northern part of Nigeria so they dont know much English, but some knew words. The flocked around us and wanted to hold my hands. The boys were punching each other, fighting over my hand so I let them all hold onto my arm. 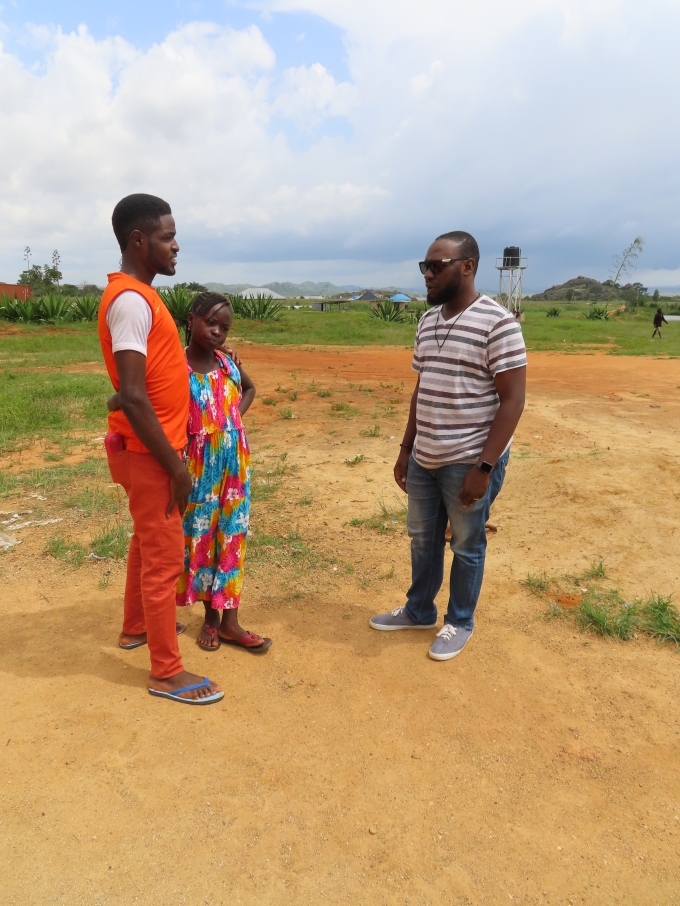 They loved taking pictures and posed right for the camera! After a bit, the rain started pouring down. The herdsman in the mountains corralling the cows took cover. We hung out with the kids and they all liked petting our hair and poking our skin, looking at the white marks it would leave when they pressed down on our arms. They were so curious! We will be going back there tomorrow for the afternoon VBS program. 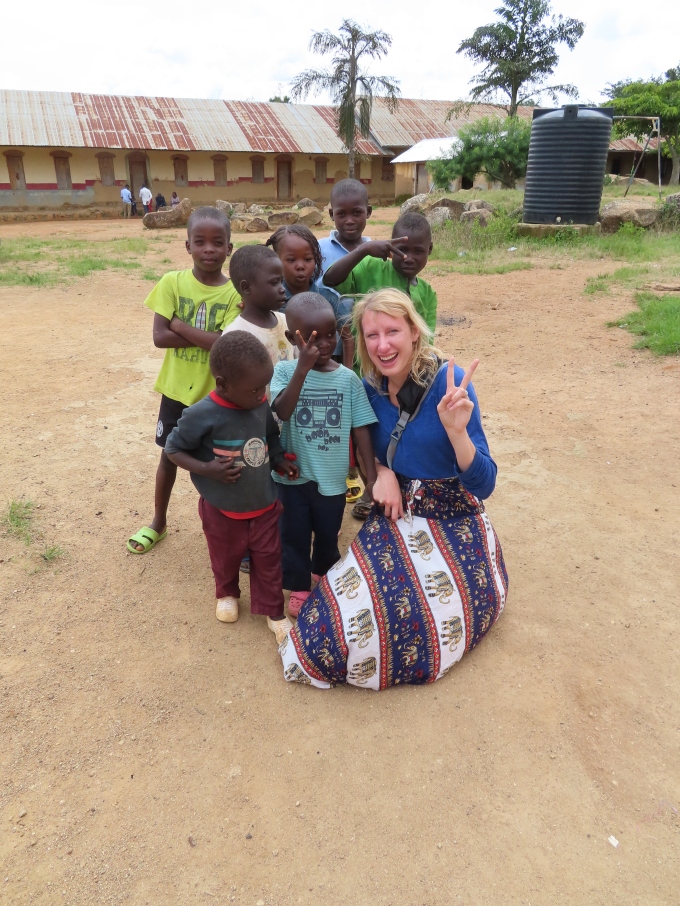 Once we got back, we chatted with the kitchen staff from our bunkhouse. She showed us the aprons and purses she makes. What got me and Jukie excited was that she was going to buy bright colored fabric and have someone come in on Sunday to measure us for skirts and head wraps! Me and Julie are going to be twins!I took a little nap while Julie drank some coffee. I woke up to Pastor Marc’s booming voice saying that Victor was waiting for us to head to Peter’s for dinner. Marc and Joe went to the drug jungle today while we were on our adventure to the IDP. (They were with us going to the brostles then we split off). We shared dinner and stories while a little girl was playing with Julie’s cain she uses to get around after breaking her femor 5 months ago.On the way back, Victor shared that he was in two bad car accidents. One involving the driver of the taxi he was in being killed. The accident sent him and his wife to the hospital.We had such a great day today. Unforgettable! 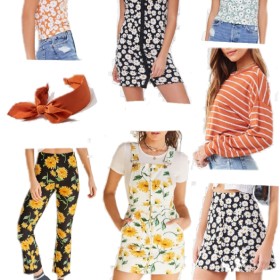 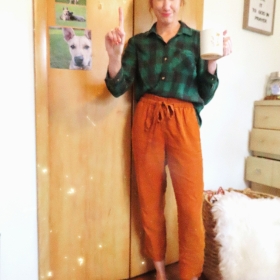 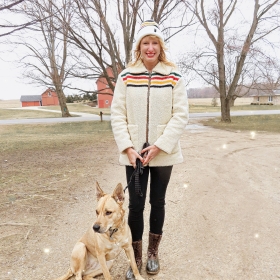 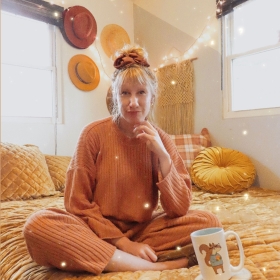